Wesley Kagan, who previously added freevalve tech to a 6.5-horsepower Harbor Freight engine, is now testing it out on a full-size car engine. Freevalve technology (which Koenigsegg off-shoot Freevalve explains in detail here) controls the opening and closing of its valves with pneumatic actuators instead of with a turning camshaft. Everything involving fuel combustion can be timed so you can add just the amount of fuel you need at the right time, reducing fuel consumption. 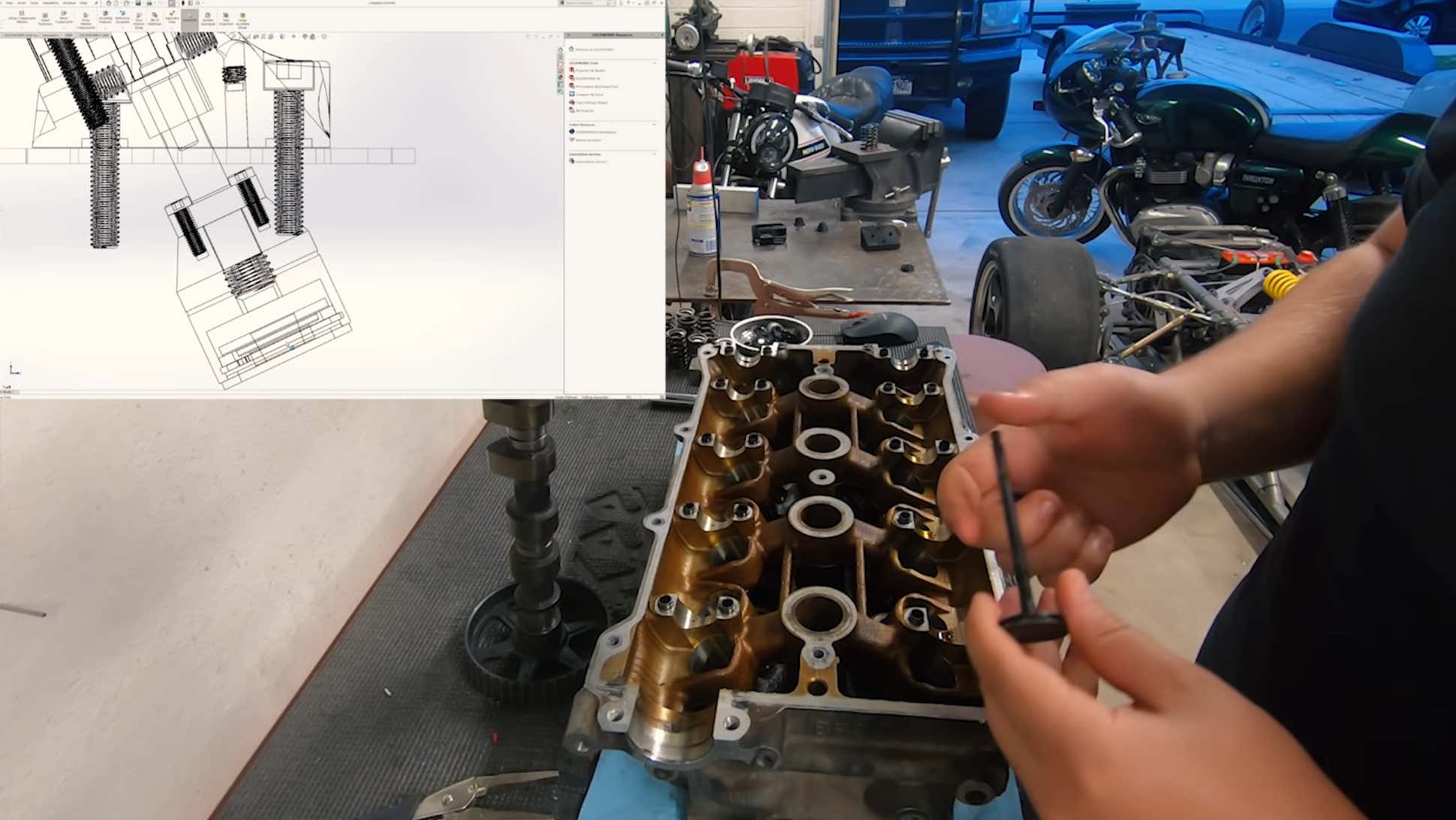 Naturally, since we’re working with technology out of a brand new, one-of-300 $1.7-million Koenigsegg hypercar, Kagan picked up the most warped 1.8-liter Miata head I have seen in quite some time out of a junkyard.

Kagan’s freevalve design is meant to be entirely bolt-on—with no modifications to the head—so that if he wants to swap back to cams, it should be easy. (Well, at least in theory.)

Before he fabricates the main parts for this system out of pricier materials, he’s 3D-printing prototype parts out of plastic to test out how they fit and work together. It’s a more complicated build than the previous one with dual-acting pneumatic cylinders as opposed to the Harbor Freight engine’s single-action cylinders. This lets him both push the valves open and pull them closed.

Because the Miata people are many, he also has a 1.6-liter Miata head to tinker with. Clearly, he’s going for mass appeal with this highly custom build.

This is just part one of this project, but it’s exciting to see DIY freevalve technology going onto a real, commonly accessible engine. You can follow along with Kagan’s progress on his YouTube channel here.